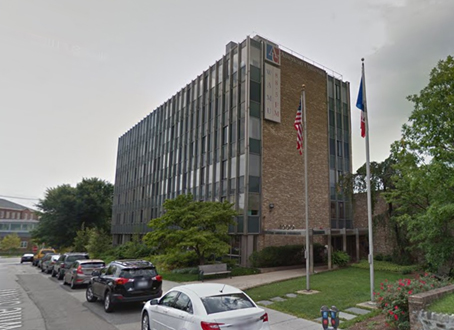 UIP plans to invest $75 million in order to gut-renovate the Brandywine and Wisconsin Avenue buildings, creating residentialapartments, all within a block of the Tenleytown-AUMetro station on the Red Line and with an abundanceof underground parking. The properties are:

CapSource is providing acquisition and construction loans for the Brandywine and Wisconsin Avenue locations. MidCap Mortgage is the lender for 4545 42nd Street.

Bobby Meehling and Scott Frankel of CBRE represented the seller in all three transactions.

“We are more than excited to close on this acquisition and I want to thank everyone involved: American University, CBRE, and those at UIP who put in a lot of extra hours to bring this deal to fruition,” said Steve Schwat, UIP Principal and Founding Partner. “Brook Katzen, Pete Bonnell, and I have alreadyengaged with many of the stakeholders in Tenley including Tenley Main Street and Ward 3 Vision. We look forward to working closely with our neighbors to help shape Tenleytown over the next few years.”

Named in the late 1700’s for local tavern owner John Tennally, Tenleytown surrounds the site of Civil War-era Fort Reno, built on the city’s highest natural ground at 409 feet above sea level. By 1900, the last remains of the fort had been replaced by a reservoir, water tower, and a park. Featuring sports fields, playgrounds, tennis, and more, Fort Reno Park remains a key community amenity.

The 1941 opening of Sears &Roebuck at Wisconsin Avenue and Albemarle Street was an important milestone in the neighborhood’s growth. The area’s first Hechinger store also was located in Tenleytown; after Sears vacated its store in 1994, Hechinger bought and moved into the property. Hechinger eventually shuttered all of its stores. By 2003, the former Sears/Hechinger site had been converted into one of the city’s firsttransit-oriented developments (TODs), Cityline at Tenley, which currently includes Best Buy, The Container Store, and Ace Hardware..

In addition to the Tenleytown/AU Metrorail station, the neighborhood has 11 Metrobus lines originating at Tenley and a several local circulator buses including the AU and Sibley Hospital shuttles. The AU shuttle bus stops on the same block as 4000 Brandywine.

The UIP family of companies owns and manages more than 2,500 apartments in Washington, DC and Maryland and has renovated, restored and built more than 20 downtown apartment buildings and condominiums over the last ten years. UIP’s primary focus includes “heavy lift” renovations as well as working with tenants in Washington, DC,helping them exercise their TOPA (Tenant Opportunity to Purchase Act) rights. UIP also is active in entitling land, infill development, and acquiring residential assets in the close-in Washington, DC suburbs. For more information, visit www.uipllc.com, www.uippm.comandwww.uipgc.com.